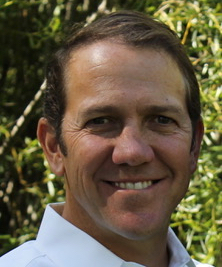 Kent grew up in Florida and developed a strong affinity for paddling, sailing, fishing and generally being on or in the fresh and salt waters across the state – particularly the St. Johns River and its tributaries.

After attending Wake Forest University, Kent started his career in public accounting. He later received an M.B.A. from the University of North Carolina – Chapel Hill, and worked as an investment banker for JPMorgan and Raymond James in New York, San Francisco and Tampa, FL focused on real estate and corporate finance. Most recently, Kent served as the President and Chief Operating Officer of Biomed Realty Trust Inc., a publicly traded real estate investment trust based in San Diego, CA.

Kent moved to Mount Pleasant with his wife and two children in 2014, partially drawn to the area by the unique water resources of the larger Charleston community. Kent is committed to accessible, clean waterways for all of our community achieved through grassroots advocacy at the local level. 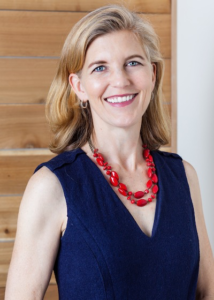 Alys grew up on a farm in Maryland where she early became aware of the importance of protecting clean water when a local landfill polluted nearby wells. She was inspired to seek a career in environmental policy and spent a decade in Washington DC serving as Legislative Director of the Natural Resources Defense Council. She also served as a Legislative Aide in the U.S. House and Senate, handling climate change and other issues before the Environment and Public Works Committee. 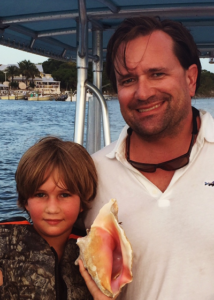 Stuart McCluer grew up exploring the waterways of both Virginia and Maine. For high school, he went out west and spent four years at The Thacher School in Ojai, California, which was founded on tenets of an “out of door life and study” and afforded students ample opportunities to access wilderness. During summers, he traveled and volunteered for both Oregon Trout, in Portland, Oregon, and the Center for Wooden Boats, in Seattle, Washington. College and law school were at The University of Virginia and The Washington & Lee School University School of Law, respectively, both of which afforded regular opportunities to return to the Goshen Pass section of the Maury River for fishing, kayaking, and general merriment. Between college and law school he spent two years in Manhattan, which included occasional saltwater fishing junkets via the A train.

After law school and a clerkship with a federal district court judge, Stuart and his wife Lane moved to Oxford, Mississippi, where he was in general practice at first, occasionally serving as the City Attorney for Oxford, before starting his own plaintiffs-focused firm in 2007 with partner Bryant McCulley. While in Oxford, he joined the Board of the then-nascent Mississippi Innocence Project, which assists innocent prisoners seeking exoneration and release from prison on the basis of DNA evidence. He also served on the vestry of the local Episcopal church and as the president of the ABA’s local Young Lawyers chapter.

Since 2015, Stuart has lived on Sullivan’s Island with his wife and their three children and continued his practice of representing plaintiffs in multi-district litigation in courts around the country. 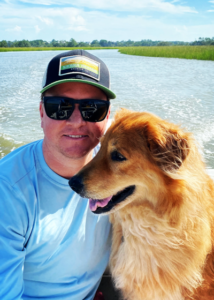 As a Charleston native, Rutledge grew up on the water. At an early age, he understood the importance of environmental sustainability and the need to conserve the natural resources around him. In 2015, he joined Charleston Waterkeeper in the mission to protect and restore the quality of Charleston’s waterways while ensuring the public’s right to swimmable, drinkable, fishable water. He currently serves as Secretary of the Board and Chair of the Development Committee.

In his spare time, Rutledge is a Commercial Lender at First Capital Bank. He is responsible for the planning, execution, and closing of new business opportunities in the commercial financial services industry. He has more than two decades of sales, marketing, and business development experience with a professional record in partnership acquisition and retention.

He is also the Owner of Guilded Horn, a ghost brewery and craft beer and wine bar | bottle shop. The mission is clear: to brew with curiosity and share with intention. He is aiming to be the most respected and trusted source for craft beer and wine, serving crushable crafts for the adventurous at heart.

Rutledge lives in downtown Charleston with his best friend Erin and their daughter, Frances. They are avid boaters and enjoy exploring obscure creeks or camping on remote barrier islands in their 1990 Boston Whaler, Off Line. 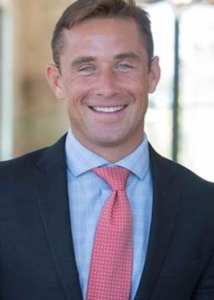 The major decisions in Walker Brock’s life have been driven by proximity and access to recreational water. Devoting his adolescent years to teaching surf and sea kayaking and a graduate of a NOLS Instructor Course, Brock realized his passion for this natural resource at an early age.

However, it was in 2000, while studying at The University of St. Andrews in Scotland, that Walker’s water journey would truly begin. There, he became immersed in the sport of kiteboarding, a passion that would ultimately lead him back home to Long Island, where he would launch SkyWalk Kiteboarding. And although he no longer spends his workdays on the beach, Walker still oversees the retail business and the school, which teaches hundreds of new students each year.

Walker is the founding principal of Canongate Capital, a diversified investment and asset management company with real estate and small business holdings in the Lowcountry, a place he and his wife, Olivia, now call home. 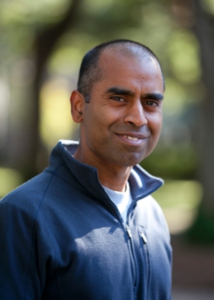 Dr. Vijay Vulava is an environmental geochemist with the Department of Geology and Environmental Geosciences at the College of Charleston and is also a faculty member within the college’s Masters of Environmental Studies Program. 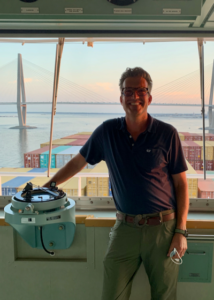 Douglas Logan’s amphibious life started at an early age with much of it spent on the waterways of Eastern Long Island. He enjoys boatbuilding, surfing and running.

He is a graduate of both SUNY Maritime College (B.S. in Meteorology and Oceanography) and North Carolina State (M.S. in Marine Science). Upon completing his B.S. he worked for the salvage company Maritime Explorations, recovering artifacts from the wreck of the pirate ship WHYDAH. Soon after, he joined the NOAA Commissioned Officer Corps, serving aboard research vessels in many places from Alaska’s Bering Sea to south of the Antarctic Circle. Doug has been a Charleston Harbor Pilot since 1997.

He is stakeholder in the ecology of the Charleston area watershed because his James Island home that he shares with his four children is in a community that relies on well water. 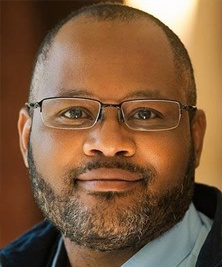 Omar is from Augusta, GA where he earned his Biology degree from Augusta State University. He currently works for the Department of Natural Resources as a Fisheries Biologist. He is married to Tawana Muhammad for seventeen years with their son, Aamir, where they reside in Charleston, SC.

Omar has worked as a community advocate and activist since 2007 as a volunteer for the Lowcountry Alliance for Model Communities (LAMC). He has served as LAMC’s website content coordinator and community engagement liaison. Currently, he serves as LAMC’s Executive Director. Omar completed a 9-month training with the United States Environmental Protection Agency (US-EPA) Region IV’s Environmental Justice Academy and was selected Valedictorian for the inaugural class. He is also a past participant in a joint EPA Region IV and South Carolina Department of Health and Environmental Control Leaders in Environmental Action Pilot (LEAP) inaugural class. He has successfully led efforts to engage the LAMC communities through various outreach strategies. Omar has successfully funded community research initiatives to train residents, conduct a community-based health survey to assess health service gaps at the community level, conduct a zoning analysis for Environmental Justice communities, and several other Citizen Science projects. Omar has been instrumental in leveraging relationships with academics and governmental agencies.

Omar has been instrumental in securing mitigation dollars totaling over 4 million dollars to address quality of life concerns in low-wealth communities. Specifically, he has led efforts to create the only Community Land Trust in the City of North Charleston, negotiated 4 million dollars in mitigation with Palmetto Railways, lead an effort to complete the very first Community Benefits Agreement for a local community and a warehouse developer. Omar completed his Masters Degree in Community and Urban Planning with a policy focus at the College of Charleston to move the LAMC organization into becoming a community developer. 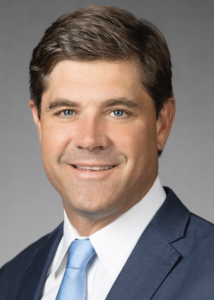 After living in Charleston in the 1990s as a student at the College of Charleston, Walker Layne moved back in 2015 following a six-year stint in New York City working in the financial services industry.

Walker returned to Charleston with a newfound perspective on how fortunate we are to have such a pristine coastal environment, how fragile the area is, and how important it is that we have strong organizations in place to ensure that the health of Charleston waterways is preserved for future generations.

He believes that with the proper amount of education, every resident of Charleston can see the need for protecting the health of our waterways and that Charleston Waterkeeper works tirelessly to provide the oversight, stewardship, and guidance needed to accomplish this mission.

Walker is currently a Senior Director in Capital Markets at Walker and Dunlop. His favorite way to enjoy Charleston’s local waterways is stalking redfish through the marsh on a full moon tide. 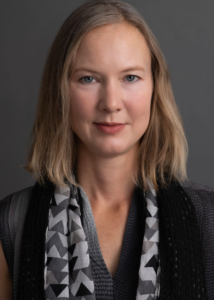 As the daughter of a local commercial fisherman, the importance of environmental stewardship was ingrained in Sarah’s psyche from the earliest of days. Her future in conservation work was inevitable. Sarah served six years on Sullivan’s Island Town Council, where she instituted many environmental initiatives, including a ban on single-use plastics and styrofoam, a ban on smoking on the beaches and all town property, and advocated for the protection of the maritime forest. When the beaches of Sullivan’s Island were littered with “nurdles”, little pellets of raw industrial plastic, Sarah became an ally to Charleston Waterkeeper in their efforts to document the scope and source of the pollution and ensure the responsible party was held accountable.

Sarah was also a founding principal of the grassroots group Don’t Drill – Lowcountry, where she helped raise awareness to the risks of offshore drilling in the Atlantic Ocean. Sarah holds a BA in Photography from Bard College. She lives in Charleston with her husband, two children, two dogs and three cats. 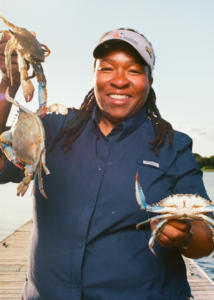 Tia Clark is a Charleston, South Carolina native and food and beverage veteran who started Casual Crabbing with Tia in 2017 when health problems led her to make an overhaul of her diet and lifestyle.

She now hosts an Airbnb Experience, “Let’s Go Crabbing,” recognized as one of Airbnb’s best in the world. Tia’s friendly, genuine, fun-loving nature and passion for her craft have garnered local and national media attention.

She is constantly amazed and humbled by the attention paid to her small operation that is rapidly growing into a dream career.

When she isn’t crabbing, Tia enjoys traveling, fishing, and snuggling with her 2 dogs Foxy and Peanut.