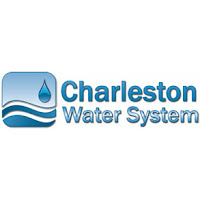 This week, Charleston Water System announced that they will be temporarily suspending their process of adding trace amounts of fluoride to our tap water. According to a recent press release, the fluoride tank at the Hanahan Water Treatment Plant will be out of service until the summer of 2009.

“Charleston Water System adds fluoride to treated drinking waters at levels recommended by the American Dental Association and the SC Department of Health and Environmental Control to help prevent tooth decay.” If you have any questions regarding how this suspension will affect your health you are advised to consult your dentist.